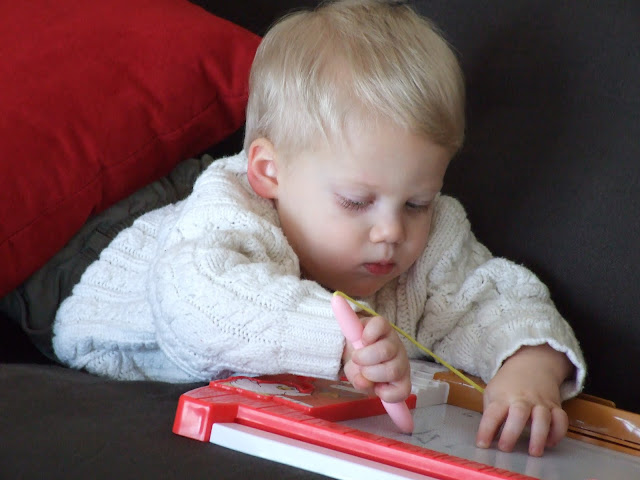 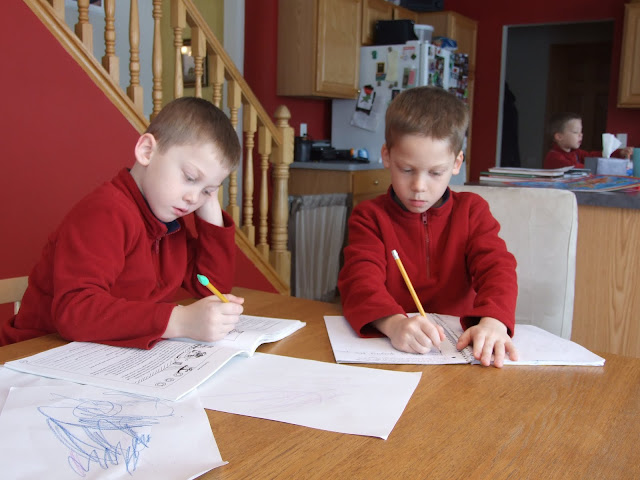 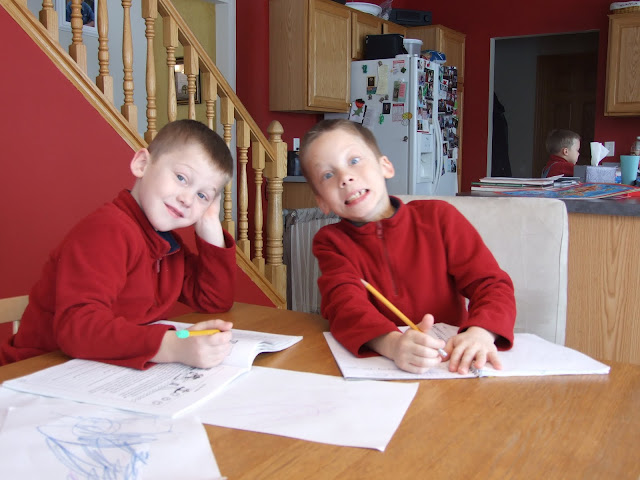 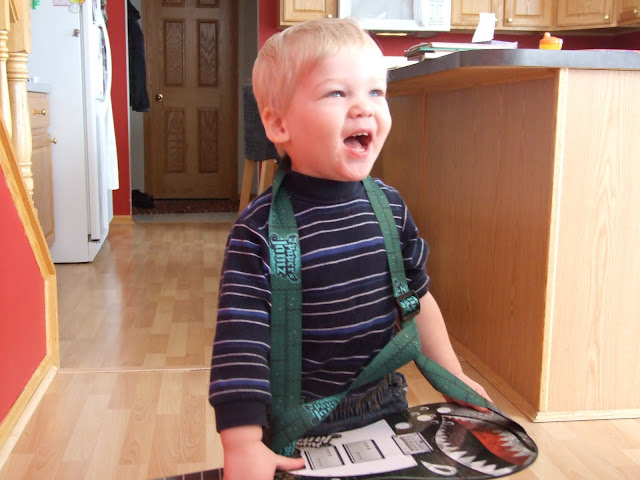 Email ThisBlogThis!Share to TwitterShare to FacebookShare to Pinterest
Labels: homeschooling 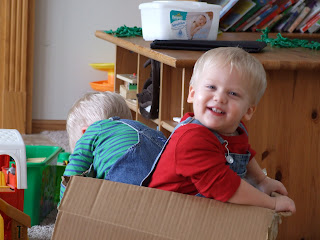 What a face to wake up to! 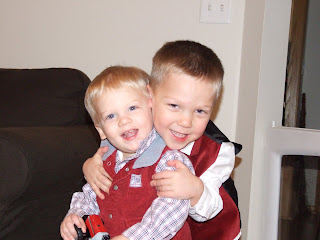 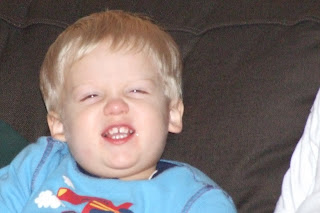 We got home and into bed late last night.  Having been at a friend's house, all the boys crashed there for a bit (except for Sam, who stayed awake the whole time).  The babies were wide awake all the way home, but I knew they'd have no issues getting back to sleep once they were in their cribs.  We got in around 12:30, and I hurried to put both babies in their cribs and then go to find blankets for the beds of the 3 older boys - because of course, that was the day I had chosen for washing every piece of their bedding.  Everyone was settled and asleep by 12:45.  Ahhh...bed!
I sleep with the baby monitor on by my nightstand, which isn't really all that necessary anymore, but if one starts to fuss, which is rare, I want to get in there before they disturb their brother.  I was awakened slowly around 1:30 and realized that I'd been hearing noise for quite awhile, seeping into my subconscious as my mind waited for the rest of me to wake up.  Eventually I realized that the noises were coming from the monitor, and they kind of sounded like fussing, but not quite.  I actually sat up in bed and exclaimed about it to Brian, who didn't hear me due to the fact that he was still very sound asleep.
So I went into the nursery, feeling like I was in a dream.  It was very surreal.  There were both stinkers, standing up in their cribs, Josiah with a dazed look on his face, and Isaac just giggling and giggling.  Uncontrollably.  At nothing, apparently.
I said something like, "What in the world are you doing awake??!!"
I went and laid Isaac down first, then went to tuck in Josiah, and all the while, Isaac just giggled and giggled.  I'm talking loud, full-force giggling!
I had apparently forgotten to turn the lights off when I left their room at 12:30!  And just like little birds, they refused to settle down in the brightness.
I have a little boy who gets happier and happier the more tired he becomes!
Posted by Sarah at 5:39 PM No comments:

Email ThisBlogThis!Share to TwitterShare to FacebookShare to Pinterest
Labels: twins

At brunch today, we were playing our weekly "guess the animal" or "guess the Bible character" game, and the following conversation took place:

To which we tried to explain that each kind of animal had both genders.

To which Sam got on the subject of girls/women.

In a house with 6 guys, this is what I've been reduced to.
Posted by Sarah at 5:21 PM No comments:

Email ThisBlogThis!Share to TwitterShare to FacebookShare to Pinterest
Labels: Sam 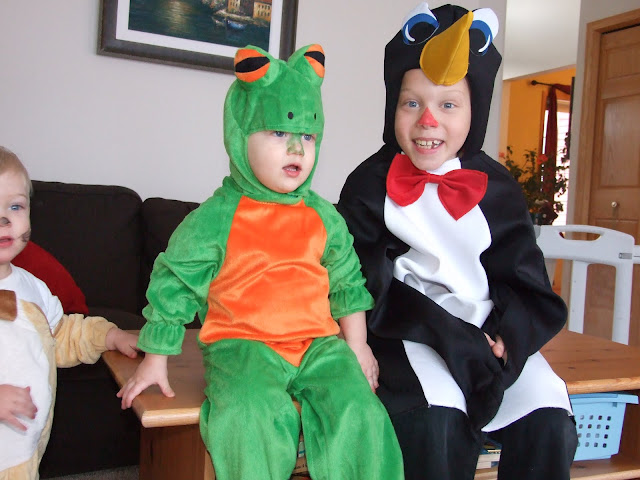 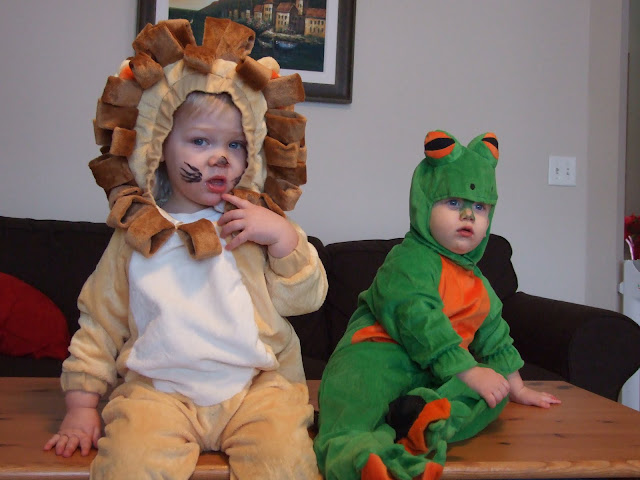 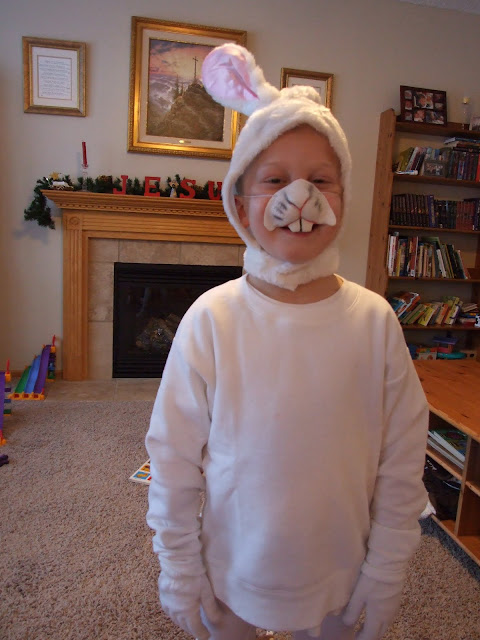 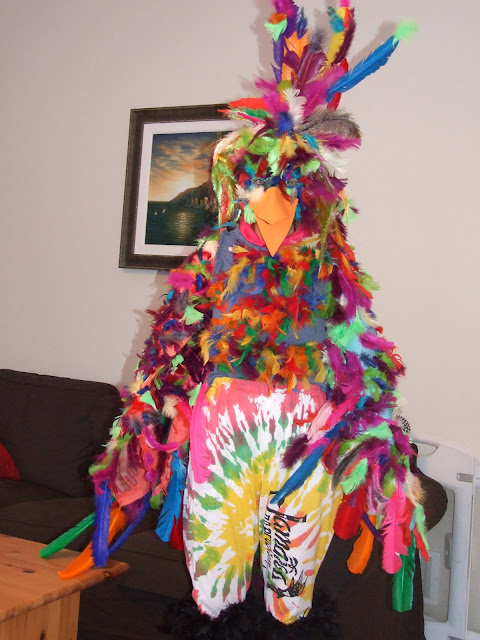 My mother - the "woo-hoo bird" 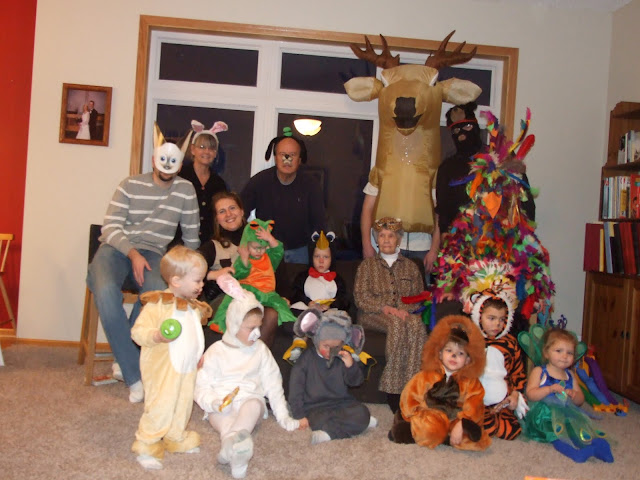 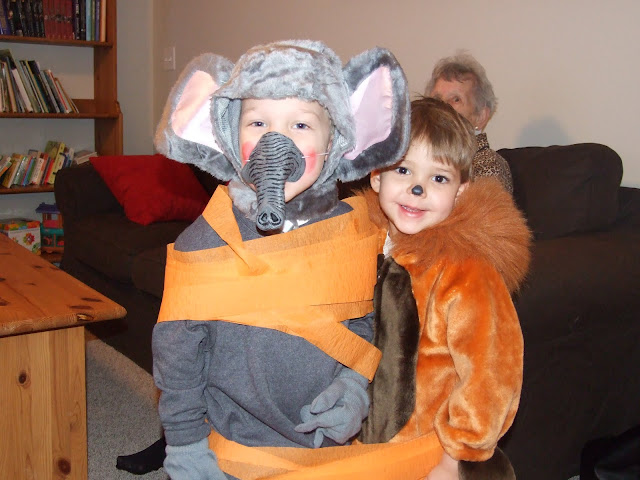 Noah, the birthday boy, and Wes

My deer husband
Posted by Sarah at 9:07 PM No comments: