We went out to eat tonight.  While we were waiting for a table (in some places, the restaurant can be fairly empty and we still need to wait as they accommodate our family by pushing tables together), Isaac was very interested in the tootsie rolls that could be acquired by donating to some organization or other.  He was told several times that they weren't for the taking and that he needed to leave him alone.

Later, as we were finishing our meal, we decided to let the boys get some desserts to share - half the table would be sharing a strawberry sundae, and the other half, a chocolate one.  I realized too late that things were a bit skewed.  A 5 and 3-year-old on one side, and a 9, 7, and 3-year-old on the other.  We tried to get things evened up, but of course the strawberry side did not want to move to to the chocolate side, and vise-versa.  When trying to get Isaac's decision, we asked him several times if he wanted chocolate or strawberry, and, apparently deep in thought, he didn't answer us the first couple of times.  Finally, he looked very earnestly up into Daddy's face and said in his tiny voice, "I don't want two desserts."

"Yeah, I want to have a tootsie roll and not have any ice cream."

We produced some change and he got his tootsie roll and proceeded to finish it almost before the ice cream arrived.  As the rest of the boys were eating the ice cream, Isaac politely inquired, "Noah and Jo-Jo, and Sam and Caleb, are your sundaes good?"  He was completely satisfied with his tootsie roll.

Is this my child?  A tootsie roll over ice cream?

The other day, one of our neighbors was out riding around on his lawn mower as we ate dinner.  Isaac looked out the window and said, "I don't want to go outside because that man would shoot me with his baby gun and then I would be dead." 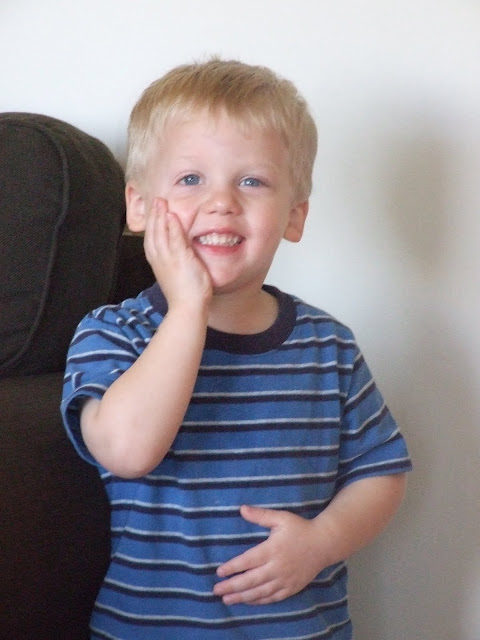 Things you just don't hear a first or second-born say.  And Isaac, it's BB gun, not baby gun, sweetie.
Posted by Sarah at 4:19 PM No comments:

"Relating"
(time in KS in Feb) 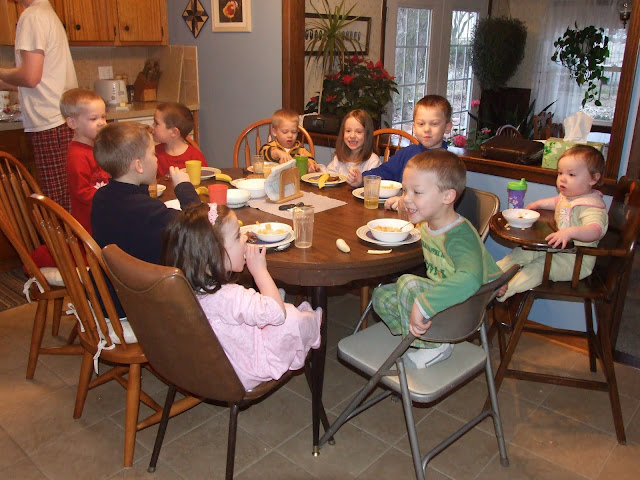 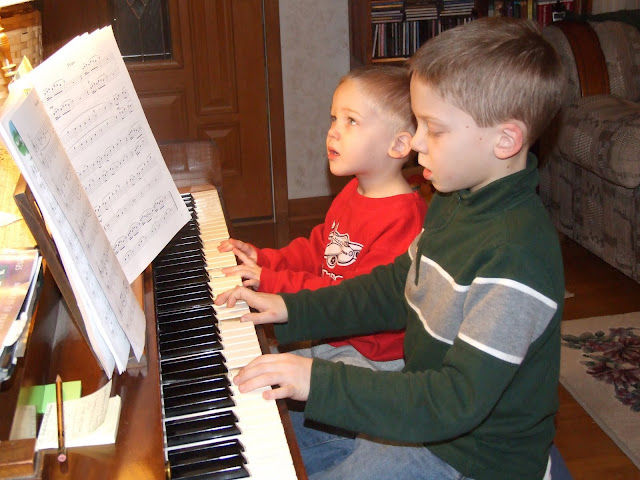 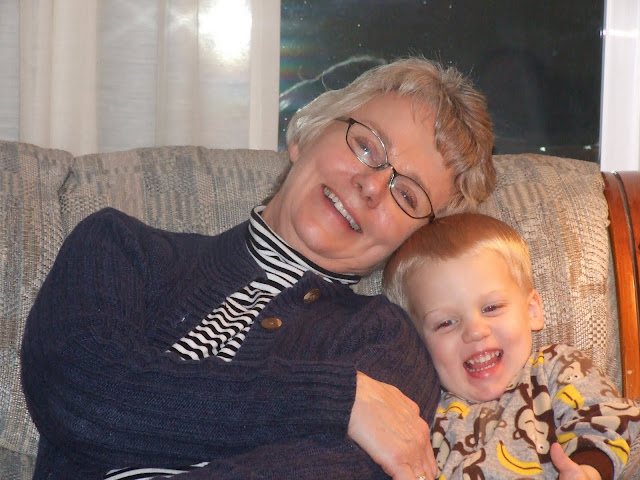 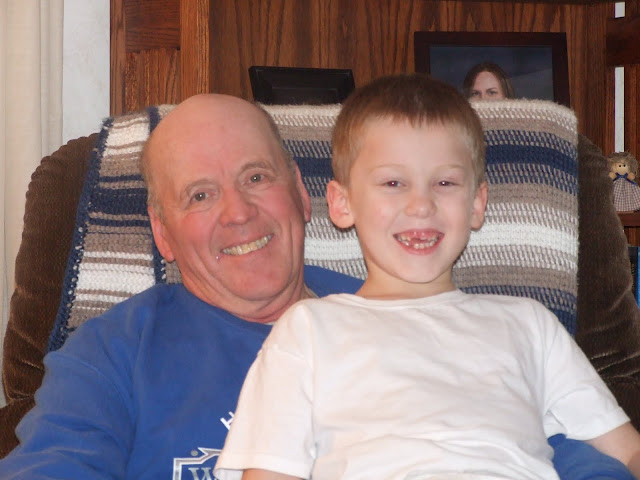 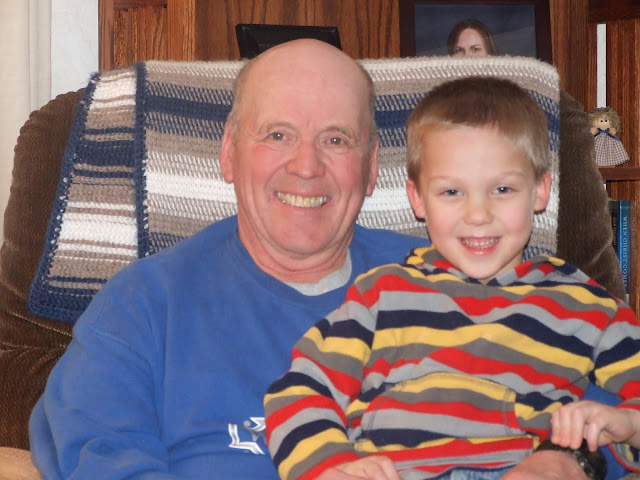 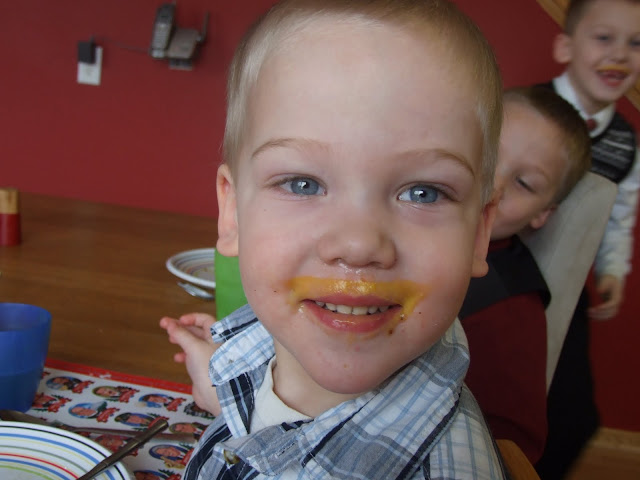 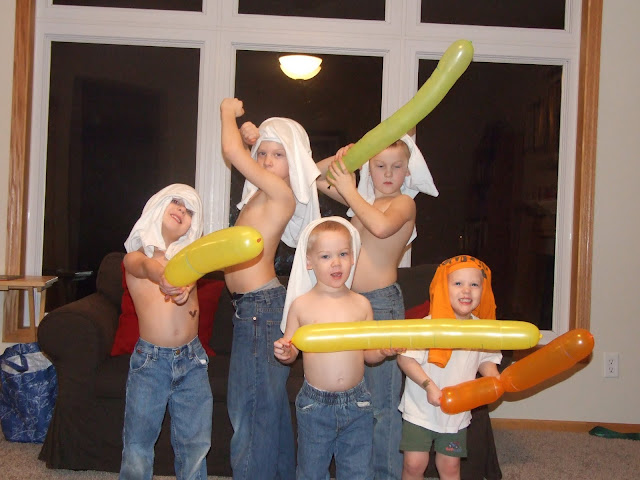 "Rolling with it"
(Noah) 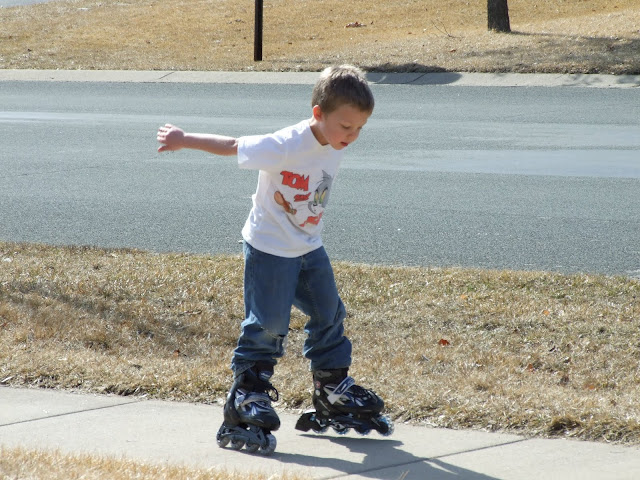 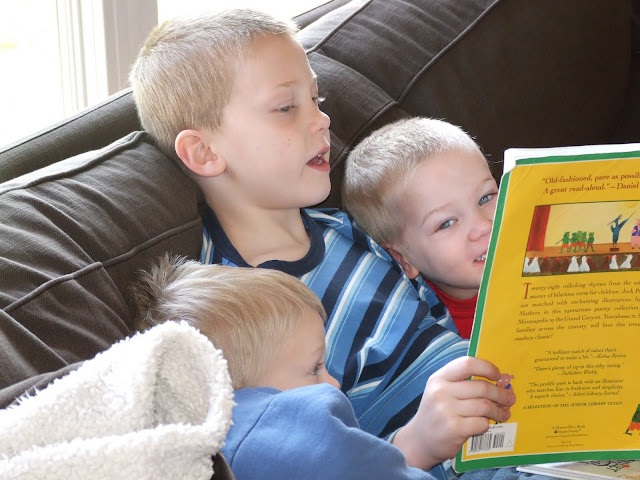 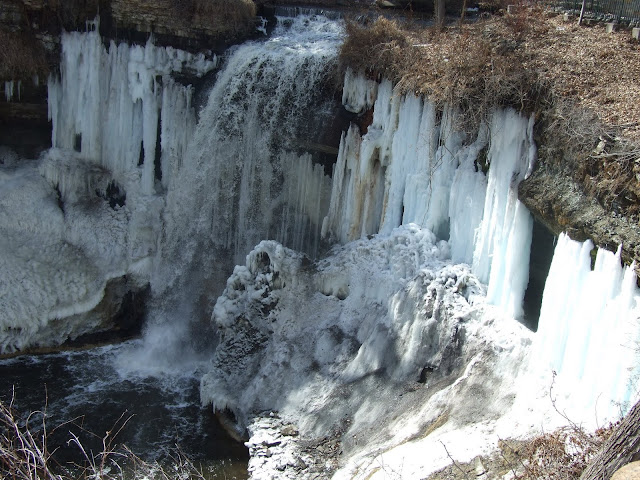 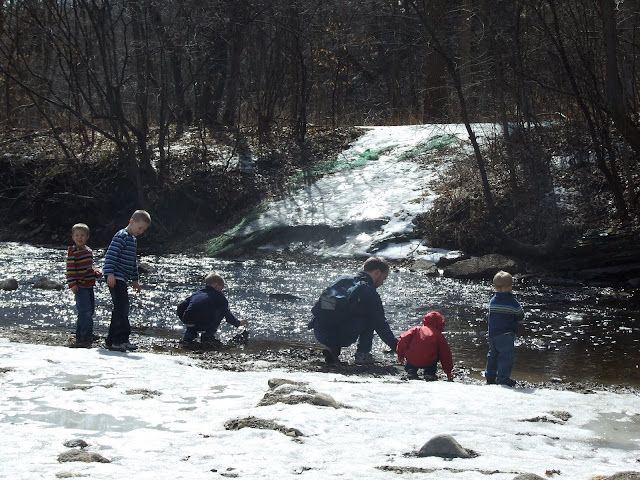 "Learning outside the house"
(Noah) 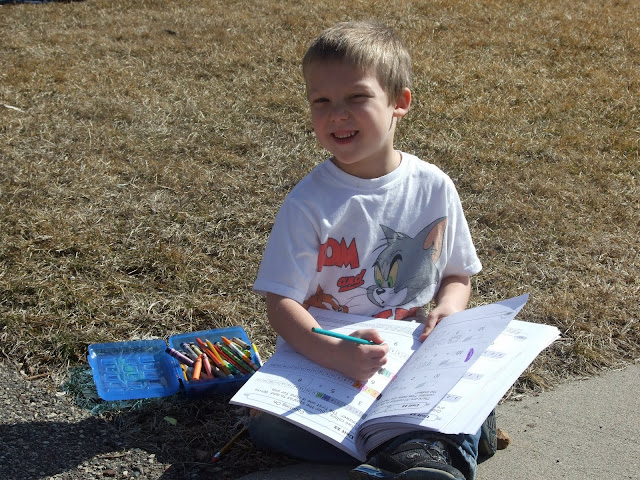 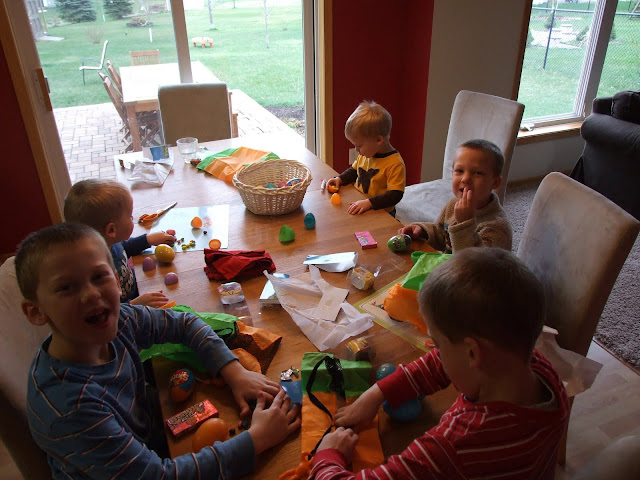 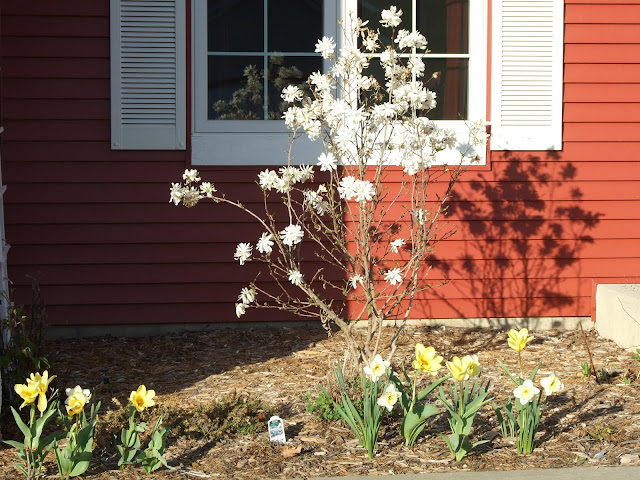 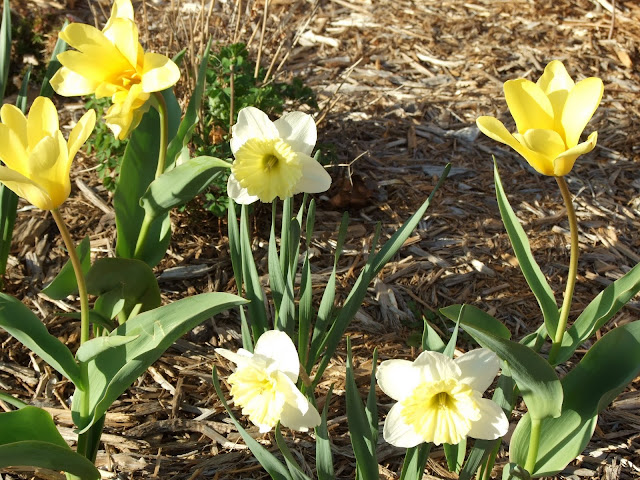 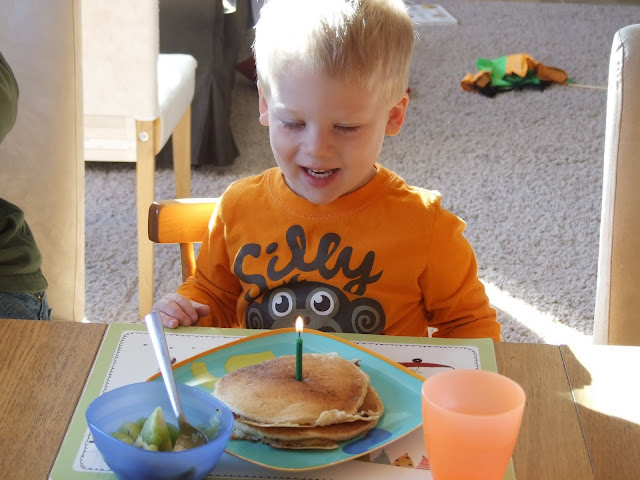 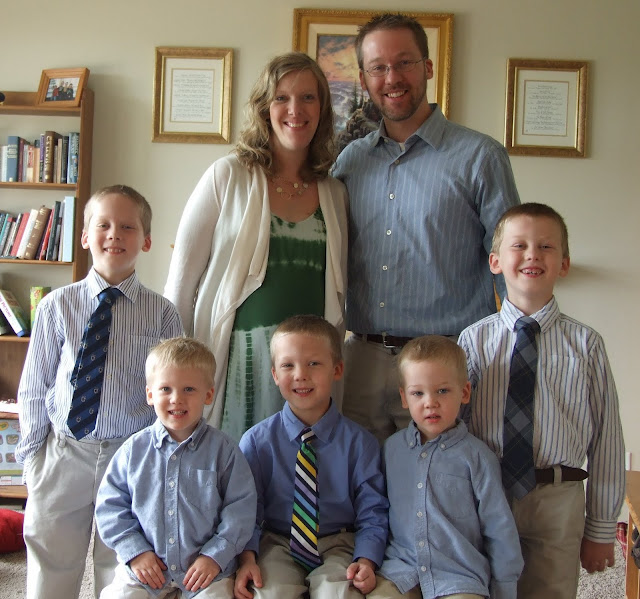 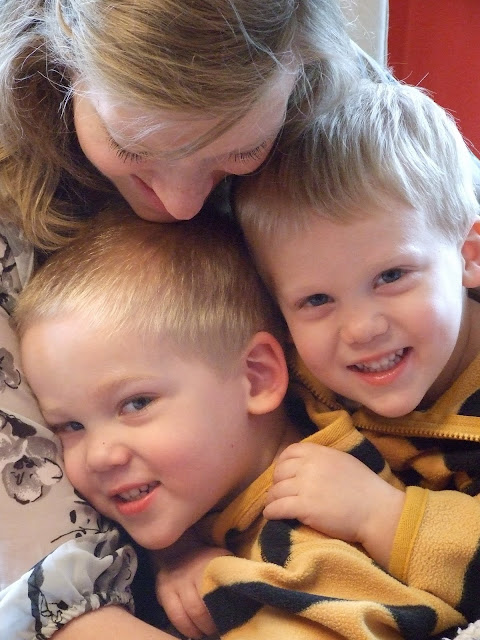 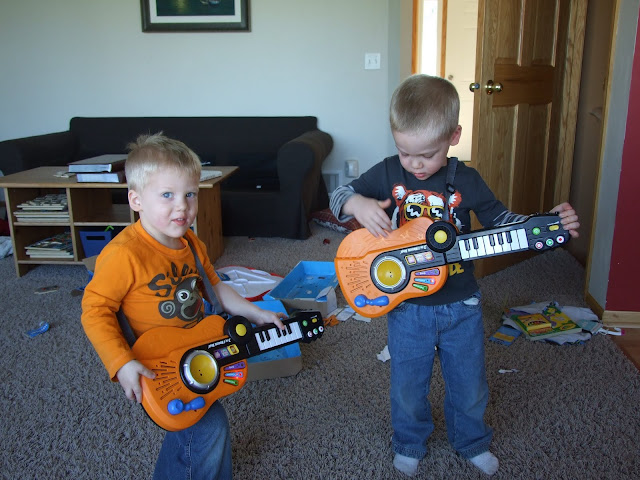 "My brother, my friend" 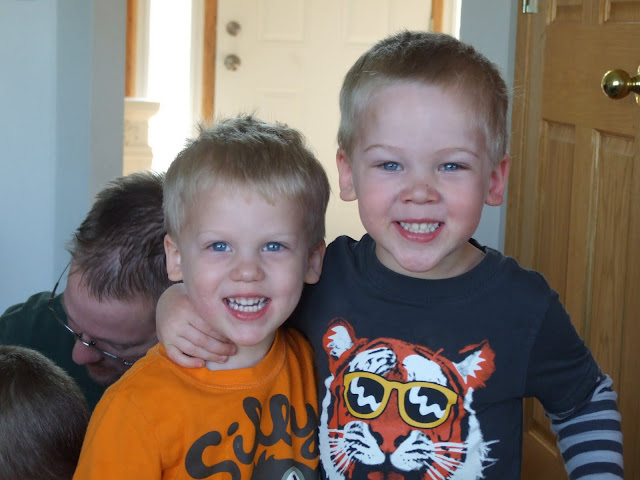