A good friend crocheted these darling hats for the kids for Christmas.  Here are your favorite Star Wars characters all dressed up for church! 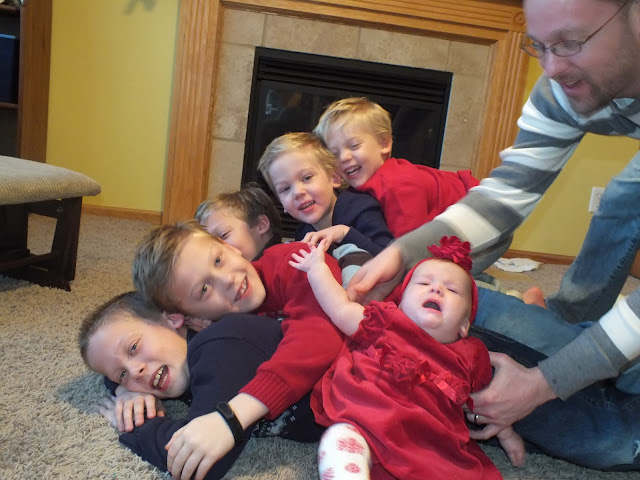 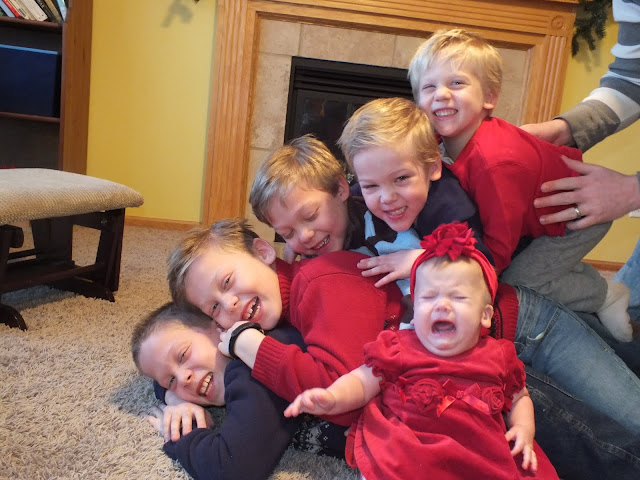 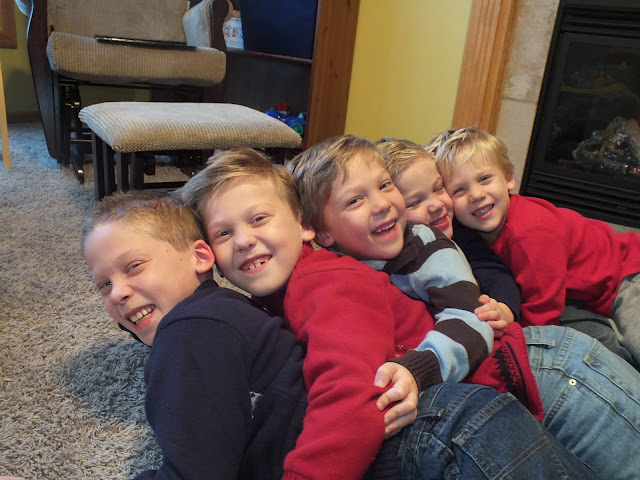 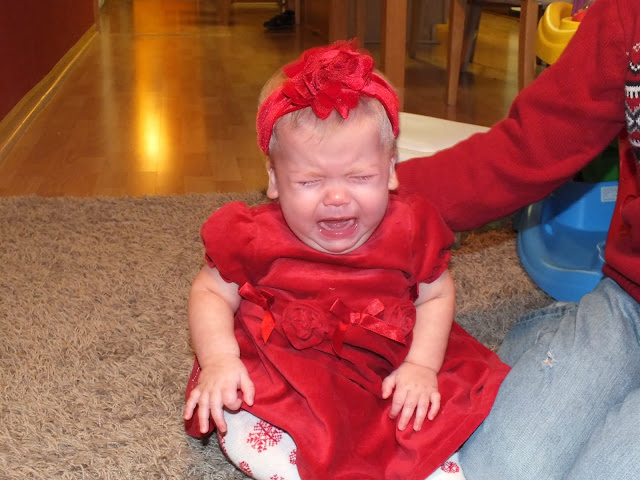 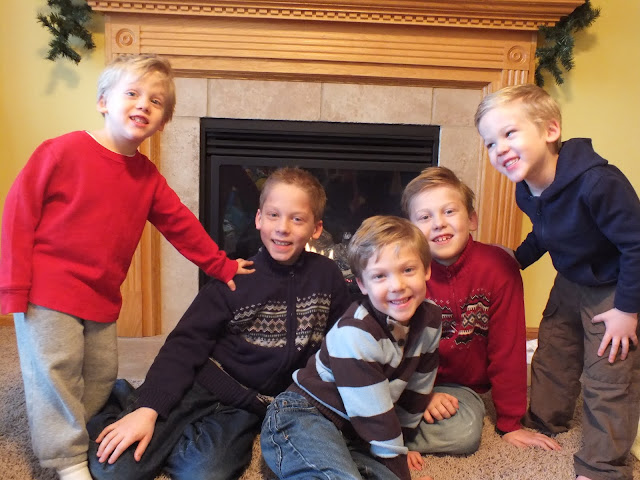 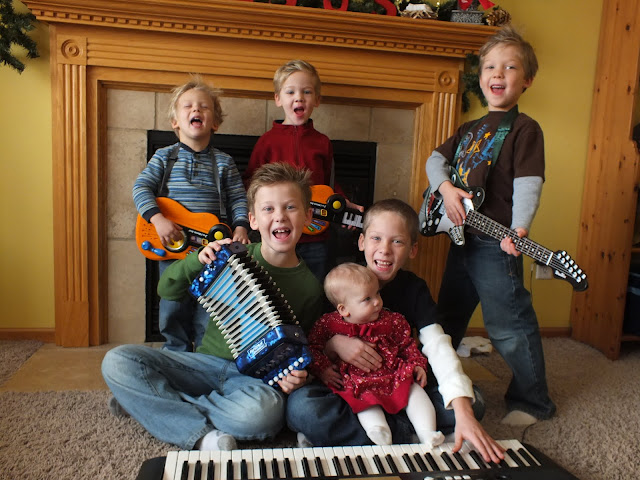 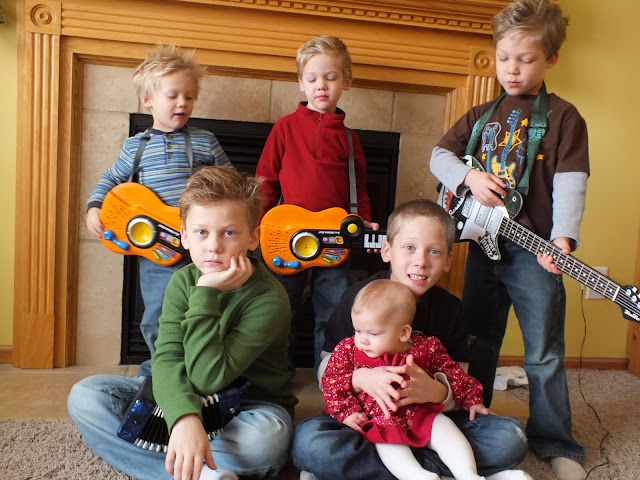 As for me and my chimney

And for clarification, when I say Santa, I'm not referring to St. Nicholas, the legendary man who it is said, gave unselfishly to the poor, but I am talking about Santa as our society celebrates him.  The man in red who knows if you've been bad or good, who makes a list and checks it twice, who somehow not only fits down every chimney to deliver presents, but also can get into a house without a chimney - even if it's all locked up.  Who promises you any gift you can possibly dream up, who delivers presents everywhere all over the world - on one miraculous day of the year, who is called, in some cultures, Father Christmas, who rides through the sky on his magical sled pulled by his equally magical flying reindeer.  Yes, that Santa.

But as I was saying, this will not be a post about that guy.

John 20:19
"On the evening of that first day of the week, when the disciples were together, with the doors locked for fear of the Jews, Jesus came and stood among them and said, "Peace be with you!"

As we see here, Jesus can actually get into a house without a chimney, even if it's all locked up.

Ephesians 3:20-21
"Now to him who is able to do immeasurably more than all we ask or imagine, according to his power that is at work within us, to him be glory in the church and in Christ Jesus throughout all generations, for ever and ever!  Amen."

Jesus can do more than we can dream up, according to His power - which is pretty incredible considering that He is the Creator of all things.

Psalm 139:1-4
"O Lord, you have searched me and you know me.  You know when I sit and when I rise; you perceive my thoughts from afar.  You discern my going out and my lying down; you are familiar with all my ways.  Before a word is on my tongue you know it completely, O Lord."

Jesus knows everything about us, however small and seemingly insignificant.  He knows us inside and out.  Who could know us better than the One who made us?

Revelation 20:12
"And I saw the dead, great and small, standing before the throne, and books were opened.  Another book was opened, which is the book of life.  The dead were judged according to what they had done as recorded in the books....(:15)If anyone's name was not found written in the book of life, he was thrown into the lake of fire."

Stocking full of coal?  Paltry.  Here we find that God has lists too.  God is holy.  Through the blood of Jesus, He makes us holy too.

Ephesians 4:4-5
"There is one body and one Spirit - just as you were called to one hope when you were called - one Lord, one faith, one baptism; one God and Father of all, who is over all and through all and in all."
John 3:16
"For God so loved the world that He gave His one and only Son, that whosoever believes in Him should not perish but have everlasting life."

God is our Father.  He is the true Father of Christmas who gave the greatest gift of all, which will never break, run out, become outdated, not fit, or need to be returned.

Job 38:4-7
"Where were you when I laid the earth's foundation?  Tell me, if you understand.  Who marked off its dimensions?  Surely you know!  Who stretched a measuring line across it?  On what were its footings set, or who laid its cornerstone - while the morning stars sang together and all the angels shouted for joy?"

Does this make flying reindeer sound pathetic or what?

Santa is counterfeit everything that Jesus actually is.  It is not a harmless tradition, though there may be much pull of nostalgia and fun.  As usual, Satan has pushed a distraction at us that is almost a parallel of the real thing.  Aimed at our children, no less.  The ones we are commanded to protect and train up in the way they should go.  And so without even thinking too deeply about it, we can speak blasphemy (claiming for oneself or someone else the attributes and rights of God) while simultaneously wearing our "Jesus is the reason for the season" button.

Train your children to recognize these falsely attributed characteristics and to give the honor and glory to Jesus alone.  He is the only one who ever has and ever will deserve it.

You may be homeschooled if you find yourself doing cursive while holding a 5-month-old on your lap.
Caleb will often volunteer to hold Mercy while doing his "homework".  He loves to give her attention. 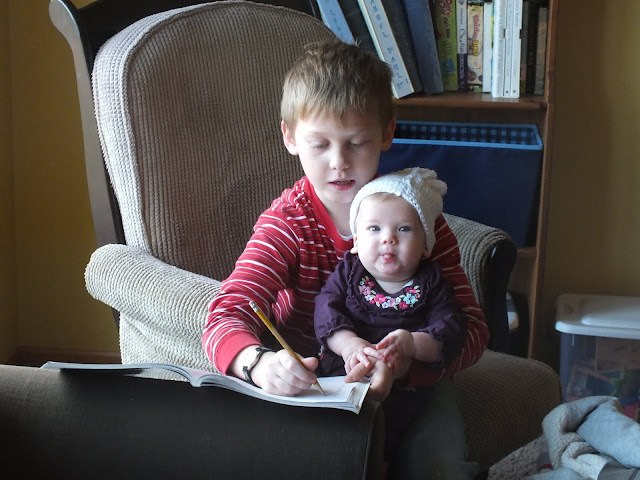 (You also may be homeschooled if, while sitting in the car at a stoplight, a schoolbus pulls up next to you, and you exclaim, "This is as close as I've ever been to a bus driver!!" - courtesy of my 5-year-old)
Posted by Sarah at 11:55 PM No comments: