Starting with our first child and moving right on down the line, my husband and I agreed that it would be special to give our children Biblical names. Early in their spiritual education, they have all taken special interest in "their" story, and as they got a bit older, in their siblings' stories as well. As it turned out, we started a trend of giving them an Old Testament first name and a New Testament middle name. Just because it ended up working.

So Sam knows the story of Samuel in the Bible and has also lately become pretty interested in Paul as well. I do think he listens more attentively when his own names keep popping up. And what an awesome legacy for him!

Caleb is familiar with the story of Caleb and Joshua scoping out the Promised Land. We did find that this is a story that is not widely available in children's book form or even in your typical children's Bible, so it was more of a challenge to expose him to this one.

Caleb = forceful (some translations=dog, which could explain all the growling)
Luke = bringer of light, morning

So Caleb is a "forceful bringer of light". Shine all over the neighborhood, Caleb!
And his one-of-a-kind smile sure gives him the advantage!

Noah has been confused of late when his brothers refer to Noah and his ark and then turn to him and say, "Not you, Noah." Or sometimes he just corrects them and tells them, "I don't have an ark!" He likes playing with his Noah's ark playset and recently got to see the sign of the Promise in the sky - a beautiful, complete rainbow!

"To follow restfully" I guess. Hmmm...being the 3rd child, he has been the easiest to deal with! He gives me rest from dealing with his saucy older brothers.

It was a challenge to come up with such a span of names as we would need upon the birth of our twins - happening in no more than 6 days. But we did it. And we didn't even feel constricted by having to comply with our first name Old Testament, middle name New Testament theme.

For those of you who don't know the names we've chosen, I won't spoil it now when it's so close, but here are some hints:

Remember how Sarah laughed when the Lord revealed to her and Abraham that they would have a son in a year?
Children are such amazing gifts from God!
The Lord has brought me here thus far - apparently I'm super woman to have carried twins this long! Well, God has His hand all over that!
And did you know that there is a name that actually means "twin" in the Bible?

And those are just the boy names! Because what else are we gonna need, right?

I think we'll be more shocked and surprised than anyone if there's a girl in there! But we are prepared...just in case...
Posted by Sarah at 2:05 PM 4 comments:

Email ThisBlogThis!Share to TwitterShare to FacebookShare to Pinterest
Labels: names

For all the curious viewers... 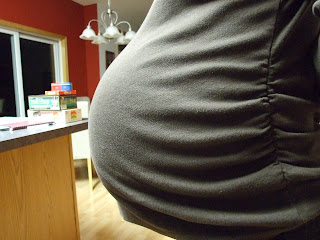 and if my trip to the mall today was any indication,
there are A LOT of them! 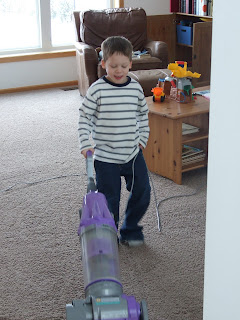 Remember when chores were fun to do?

Ahhh, the benefits of child labor.

- Make their beds each morning, as well as straighten up their room.
- Clear their own dishes, and sometimes little brother's too, after each meal.
- Vacuum the living room (Sam)
- Sweep under the kitchen table each day (Sam and Caleb - one to sweep, one to hold the dustpan).
- Sweep the filthy entryway by the garage and then wash with cleaning spray (Sam).
- Get Noah up from his nap, change him from a pull-up to undies, and get him his snack (Caleb)

Good thing we're making progress because in another couple of months, I expect they'll be running the house.
Posted by Sarah at 4:41 PM 2 comments:

Email ThisBlogThis!Share to TwitterShare to FacebookShare to Pinterest
Labels: chores

For when the amnesia kicks in

There are some things I'll miss (eventually) about being pregnant:

* 2 babies!! There is still an unbelieving awe with this.

* Having those 2 babies moving around and pushing each other out of the way.

* HAVING to eat a snack before bed - a substantial snack - mmmm...malts!!

* Prestige of "pregnant with twins" status. I have to admit...

* The drama and anticipation of wondering - WHO ARE THEY??

* Being so considerately waited on by my wonderful husband - of course, he does this whether I'm pregnant or not:) Dishes, making dinners, cleaning the bathrooms, making my malt each evening, putting the boys to bed, even painting the wooden letters I'm planning on putting on the mantle above the fireplace.

* The amazing experience of seeing these 2 on ultrasound each week and hearing their strong heartbeats. Praise the Lord.

* Thinking about how crazy it's going to be and laughing!!
Posted by Sarah at 8:46 PM 2 comments:

Email ThisBlogThis!Share to TwitterShare to FacebookShare to Pinterest
Labels: babies 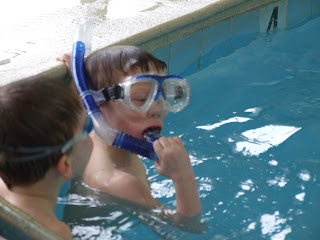 Sam received a new snorkel and mask for his 6th birthday a few weeks ago.
While looking through pictures, Caleb came across this one
and exclaimed, "Look Sam, look, there's you with your nostril!!"

The light at the end of the tunnel: not another disturbing birth story

In just a matter of weeks, I'm looking forward to:

*No sleeping on 3 pillows

*No more bedtime snack of Tums washed down with Mylanta

* Big bowls of cereal for breakfast.

* As much fruit as I want

* And if I want chocolate cake too, I can eat it.

* Getting up off the floor will once again be routine and not considered my daily exercise routine.

* No more insulin shots (I hope and pray)

* If I want to see my legs/shirt/pants, I won't have to look in a mirror.

* I will be able to wear my shoes.

* My energy level will not be sapped by taking Noah potty.

* Oh, well of course meeting the babies!!! That'll be the best part!
Posted by Sarah at 2:55 PM No comments: 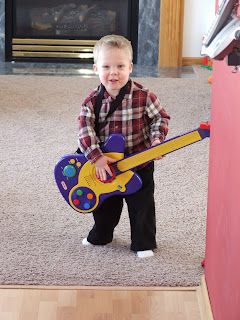 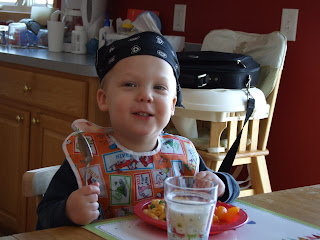 A week ago, on the verge of 33 weeks pregnant, we discovered via my weekly ultrasound that "Baby B" had flipped to breech position. Obviously not the ideal. And also kind of late in the game for babies to actually have the room to maneuver like that! The ultrasound tech was really surprised! Both babies have been head down since we started monitoring them through ultrasound at about 22 weeks. Although not the end of the world, I would much prefer to have these babies naturally, and there is controversy among the doctors in this particular practice about whether it's okay to deliver naturally if the first baby is head down and the second one is breech. I've definitely set myself up with a picture in my mind of how delivery is going to go, and it doesn't include a c-section.

After a week of prayer, Baby B was seen on ultrasound today once again head down!

That's one adventurous kid! Definitely one for the wild twisty rides and upside-down roller coasters.

I am once again thanking the Lord for a "yes" answered prayer. God has His hand on these little ones! These babies were planned by the best "planner" of all!
Posted by Sarah at 1:46 PM 6 comments: