Reserved for serious infraction of the rules 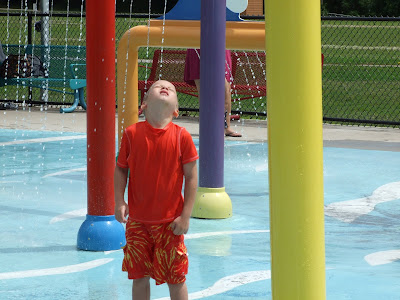 Is that waterboarding?!?!?! I can't believe you would subject your child to such a thing! :D


(Not that I'm publicly admitting to reading it)

For the record...I do not! I don't have to because my wife gives me frequent updates. :-)

BTW - Brian, the fact that you can spell her name accurately is a testament to how often you frequent her page. I wouldn't have known there are that many "m"'s. And it's unlikely you went there to check in the 4 minutes between our posts.

It's a beautiful park and worth the drive.

I obviously need a lesson on google searches (who would've thought?) becuase I have scoured the internet for a local splash pad/spray park and I never came up with anything. We're definitely going this summer.

That looks fun. Jenn's parents took Hans and Esther and I to a smaller one in Apple Valley, east of the Culver's on Galaxie. Probably not as big as St. Louis Park, but closer and it was great fun until the tornado sirens went off...