KIBA Day One
Positive team comments:
"I really liked the morning snack!"  Sean
"Mama!  Mama!  Mama!  Mama!"  Mercy
"I had a language breakthrough!"  Beckie (This is opposed to a language break-down, which has definitely been more typical for all of us!)
"I knew so many people in my class."  Sam
"Playing soccer with those boys.  That was pretty fun."  Sean
"Teaching 12 German kids to play American baseball."  Brian
"I'm so glad Gloria was there."  Also Brian (Gloria interpreted for him when he was explaining baseball rules.
"Making friends."  Caleb
"I made a castle!"  Jack
"Running around with the big kids after KIBA was over."  (even though I almost got trampled) Evie
"I liked singing the songs we worked so hard to learn in German!"  Sarah
"Ice cream bars for an afternoon snack?  Sure, I'll have one."  Sarah 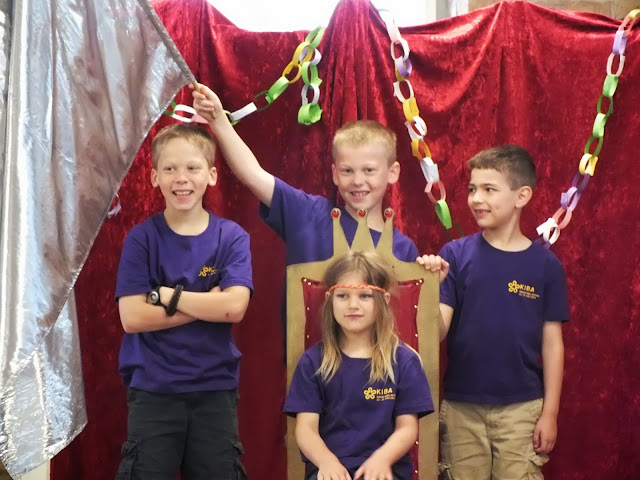 Before KIBA officially started this morning 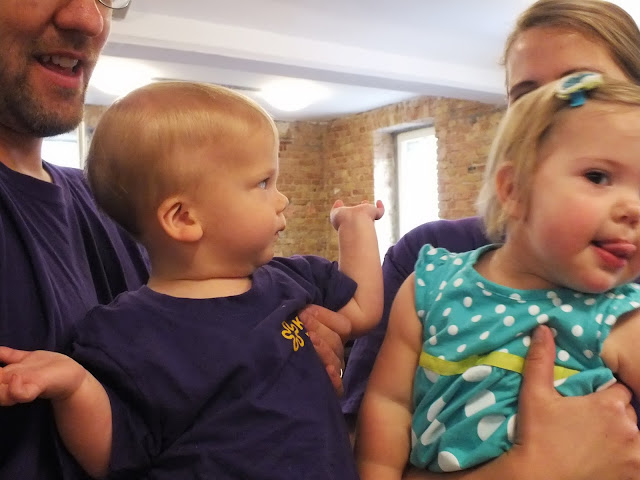 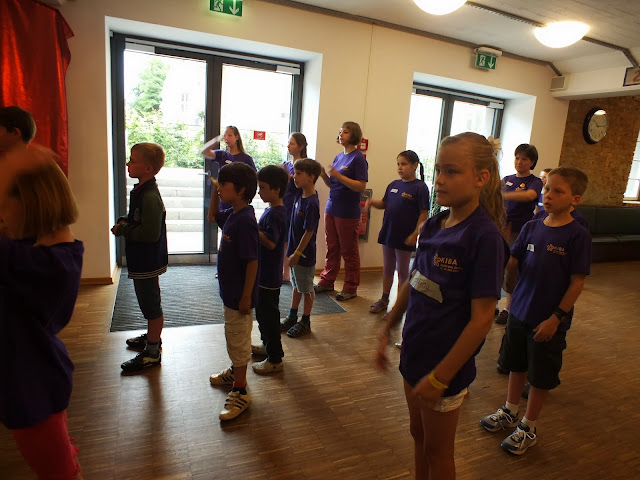 Story time.  Here, one of the teachers is explaining how the Jews came to be in Babylon.  She then went on to tell the first part of the story of Esther, through when Vashti was deposed and Xerxes calls for all the beautiful women to come to the palace.  Each day this week, more of the story of Esther will be told.

Interesting moments of the day:
*I had the opportunity to stir olive oil for approximately one half hour.
*Brian headed up a frisbee game in which the frisbee is tossed around in a circle while one person's back is turned.  When that person yelled "Vashti!" then whoever was holding the frisbee at the time was out of the game (slightly less violent than what probably actually happened to Vashti).
*Sean had the opportunity to be in charge of many children on a playground and to come up with creative ways to correct any negative behavior he saw.
*Beckie had the opportunity to chat and knit with several women who spoke English, drink eis coffee, which is actually not iced coffee like she originally thought, but coffee served with a scoop of ice cream.  Where was I?  I was stirring the oil.
*Sam had the opportunity to learn more about humbling himself and asking for forgiveness in a situation at the home of the couple who hosted us for dinner this evening.

Please pray for all of us as we're all feeling the language barrier pretty significantly, we're all very tired after the first day of being involved in this program, we all desperately want to be helpful and useful
, and we have 2 very tired babies who have gotten shorted on naptime and gone to bed late almost every evening, with more unpredictable evenings ahead.  All standard fare for this kind of a trip, where we're here to serve, just needing strength that comes only from Him.  Thank you!